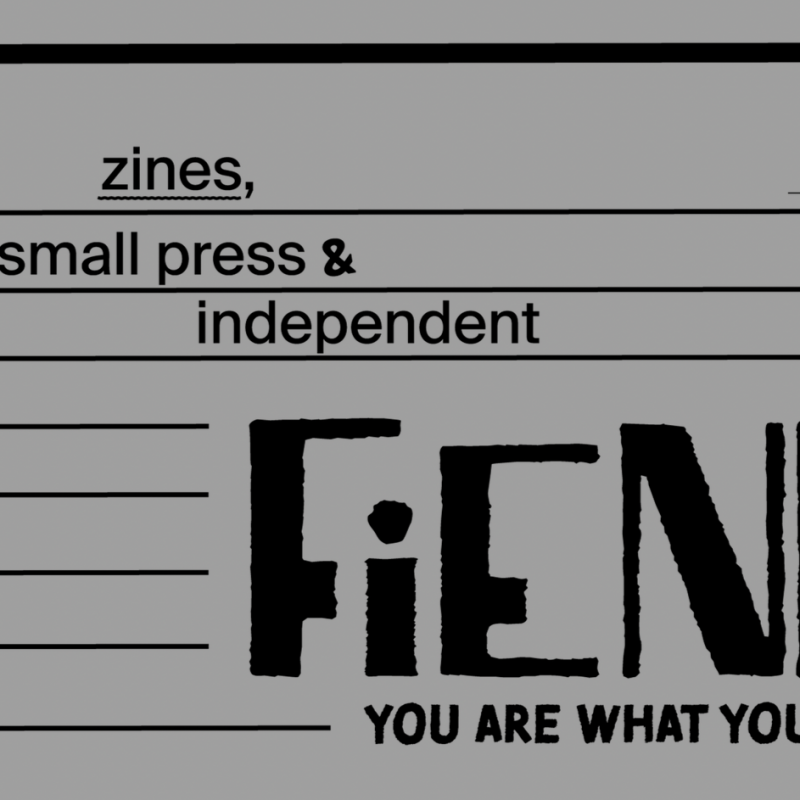 Fiend is an online and pop-up bookshop with a focus on elevating local and international zines, small press and independent publications – publications which aren’t given a space exclusively of their own elsewhere in Melbourne, and others sometimes not even found in Melbourne to begin with. In a lot of ways zines, small press and independent publications can be considered the finger food of the literary world, often a snack-sized accent to the main event. At Fiend, we want to centre and serve such publications; all situated in varied socio-cultural positions, each telling us it’s own short story of both the and their modern moment.

We stock many independent local (and international) publishers, but also pride ourselves on providing a public space for publications made by the individual; that person who might produce a piece of work outside of any formal publishing arrangement who might otherwise fly under the radar. Whilst we realise we are not a publisher as such, we are proud of our ever-changing selection and believe Fiend steps into a gap recently created by a modern shift in the creation of publications, collecting and providing a new space for the independent voices of local and international individuals and publishers alike.